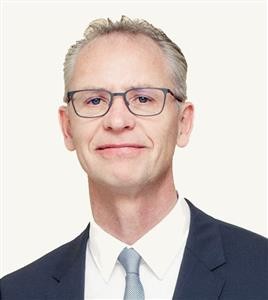 Vesteda’s Participants today approved the appointment of Mr. Frits Vervoort as CFO of Vesteda. Mr. Vervoort will together with CEO Gertjan van der Baan form the Vesteda statutory board of directors. Rob Vroom, who fulfilled the role of interim CFO last year, will remain until January 2017 in order to ensure a good transition and complete some projects.

Frits Vervoort has extensive background in finance and management and more than 10 years of experience as CFO. His previous employers include Vedior NV, where he was CFO and a member of the Board of Management from 2001 to 2008, when Vedior was acquired by Randstad NV. Most recently, Frits Vervoort was CFO and a member of the Executive Board of Grontmij NV. Following the acquisition of Grontmij by Sweco AB in October 2015, he remained involved in the integration process until May 2016.

As CFO of Vesteda, Frits Vervoort’s responsibilities will include accounting, control & reporting, risk, legal / compliance, operations, IT and treasury.

Vesteda is an investor with a clear focus on the Dutch residential real estate market. Vesteda invests funds for institutional investors, including pension funds and insurers. Vesteda has total capital of approx. €4 billion invested in real estate. The company’s rental portfolio stands at a total of around 22,750 units. Vesteda’s key investment regions are the Randstad and the Brabantine City Row. In 2015, Vesteda generated a net result of €316 million, with approx. 200 employees.