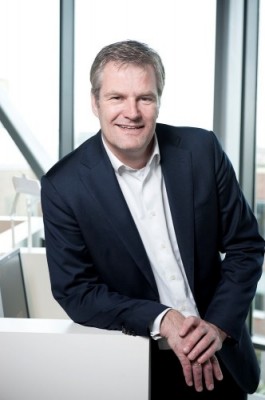 Vesteda’s Extraordinary Meeting of Participants has unanimously approved the appointment of Mr. T.W. (Theo) Eysink (1966) as a member of the Supervisory Committee of Vesteda. Mr. Eysink hereby fills a vacant position in the Supervisory Committee as a result of the end of the second and final term of Mr. J.A. (John) de Die. Vesteda would like to thank Mr. de Die for his important contribution to and involvement with the company over the past eight years.

Mr. Eysink is a highly experienced executive with a strong background in various branches of industry. He has a substantial track record as CFO of numerous companies since 2000. In 2012 Mr. Eysink joined KPN N.V. becoming Executive Vice President Corporate Control. In April 2017 he was appointed as Executive Vice President & CFO of KPN Business Market. He also has ample experience in a supervisory role and is currently member of the Supervisory Board and chairman of the Audit Committee of Stedin Holding N.V.

The appointment of Mr. Eysink as a member of the Supervisory Committee of Vesteda took effect on 1 May 2019 and is for a period of four years. The term of office may be extended no more than once for the duration of the same period.

Vesteda is an entrepreneurial investor with a clear focus on the Dutch residential real estate market. Vesteda invests funds for institutional investors such as pension funds and insurers. Vesteda has total capital of €7.3 billion invested in real estate (including pipeline). Its rental portfolio stands at a total of approx. 29,000 residential units. Vesteda’s homes are mainly located in the economically strong regions and core urban regions