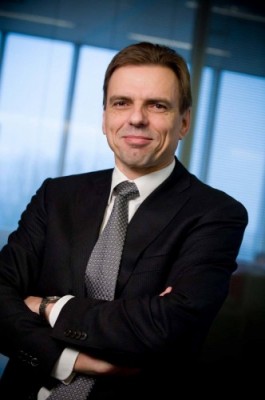 Vesteda’s Extraordinary Meeting of Participants approved the appointment of Mr. J.G. (Jaap) Blokhuis (1958) as a member of Vesteda’s Supervisory Committee.

Mr. Blokhuis is a highly experienced executive and supervisory board member with a broad background in real estate. He started his career at ING/Nationale Nederlanden Real Estate, where he focused on residential and retail real estate, asset- and fund management. From 1999 to 2012, Mr. Blokhuis served as CEO of Redevco, where he was responsible for the transformation to an independent asset management and development company. From 2014 to 2017, Mr. Blokhuis was CEO of Multi Corporation. During this period, he was responsible for the turnaround into a company focused on retail asset management- and (re)development.

Vesteda is an entrepreneurial investor with a clear focus on the Dutch residential real estate market. Vesteda invests funds for institutional investors such as pension funds and insurers. Vesteda has total capital of €4.5 billion invested in real estate. The company’s rental portfolio stands at a total of around 23,000 residential units. Vesteda’s key investment regions are the Randstad region and the Brabant metropolitan area. In the first half of 2017, Vesteda generated a total result of €325 million, with approximately 200 employees.