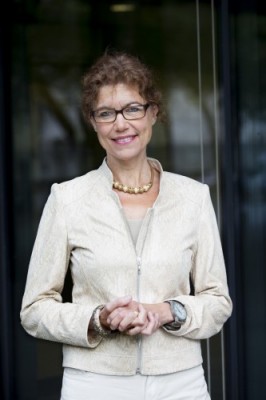 Vesteda’s Extraordinary Meeting of Participants voted in favour of the appointment of Ms. E. (Eva) Klein Schiphorst (1964) as a member of Vesteda’s Supervisory Committee. The meeting also approved the reappointment of Ms. S.N. (Seada) van den Herik (1972) for a second term.

Eva Klein Schiphorst has many years of experience in the real estate sector. She is currently Director Business Unit Public buildings at Royal HaskoningDHV, working for various clients with issues in the field of energy transitions and increasing the sustainability of large real estate portfolios. Prior to this, Eva Klein Schiphorst spent close to 10 years in various positions at the Dutch government’s Real Estate Agency (Rijksvastgoedbedrijf), including Director of Transactions and Projects and Managing Director Real Estate at the Government Buildings Agency (now part of the Government Real Estate Agency). Thanks to this, Eva Klein Schiphorst has an extensive network in the public sector. She brings wide-ranging expertise in various disciplines in the real estate sector, including organisation and project development and finances, as well as expertise in relevant themes such as sustainability.

Vesteda is a Dutch residential investor that focuses primarily on the mid-rental segment. Vesteda invests funds for institutional investors, such as pension funds and insurers. As per 30 June 2019, Vesteda had invested a total of €7.9 billion in Dutch residential real estate. The company’s rental portfolio stood at a total of more than 28,000 residential units. Vesteda’s homes are mainly located in economically strong regions and core urban regions.