Vesteda’s Extraordinary Meeting of Participants today voted in favour of the appointment of Mr. M.M. (Maarten) de Groof as a member and intended chairman of Vesteda’s Supervisory Committee. 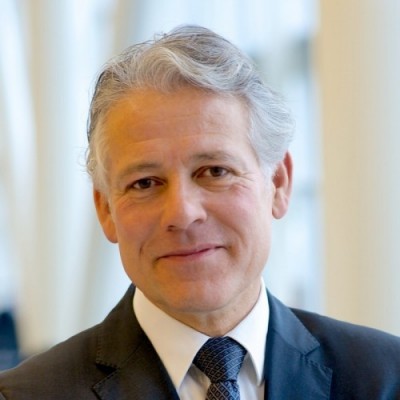 The appointment of Mr. De Groof gives the Vesteda Supervisory Committee a director with a proven track record in various executive positions, including several periods as CEO. Mr. De Groof has extensive experience in the institutional investment world and with investments in and exploitation of real estate. This puts him in an excellent position to appreciate the dynamics of portfolio and investment considerations that play a role in the decisions of institutional investors and to apply these effectively at Vesteda.

Mr. De Groof is Executive Vice President and Chief Commercial Officer at Schiphol Group. In this role, he heads the commercial activities of the airport group, including the Consumer Products & Services, Real Estate, Cargo and Airline & Passenger Marketing businesses. He is also responsible for a number of foreign activities and the group’s regional airports. Prior to joining Schiphol, Mr. De Groof was CEO and chairman of the board at ABN AMRO Insurance. In the period 2002 to 2006, he was chairman of the board at Delta Lloyd Life Insurance.

Mr. De Groof has been appointed with immediate effect for a period of four years. This term can be extended once only for another four-year period.

Mr. De Groof is filling the vacancy left by the departure of Mr. Jeroen Drost, who recently stepped down due to his appointment as managing director at NPM Capital. In addition to this, Mr. Hans Pars will resign from his position as supervisory director at Vesteda as per 1 August, in view of his appointment as director and chairman of the board at housing corporation WonenBreburg. The Supervisory Committee would like to thank Jeroen and Hans, also on behalf of the Vesteda organisation, for their efforts on behalf of Vesteda and wishes them much success at NPM Capital and WonenBreburg respectively.

Vesteda is an investor with a clear focus on the Dutch residential real estate market. Vesteda invests funds for institutional investors, including pension funds and insurers. Vesteda has total capital of approx. €3.6 billion invested in real estate. The company’s rental portfolio stands at a total of around 23,000 units. Vesteda’s key investment regions are the Randstad urban conurbation and the Noord Brabant province. In 2014 Vesteda generated a net result of €136 million, with more than 200 employees.